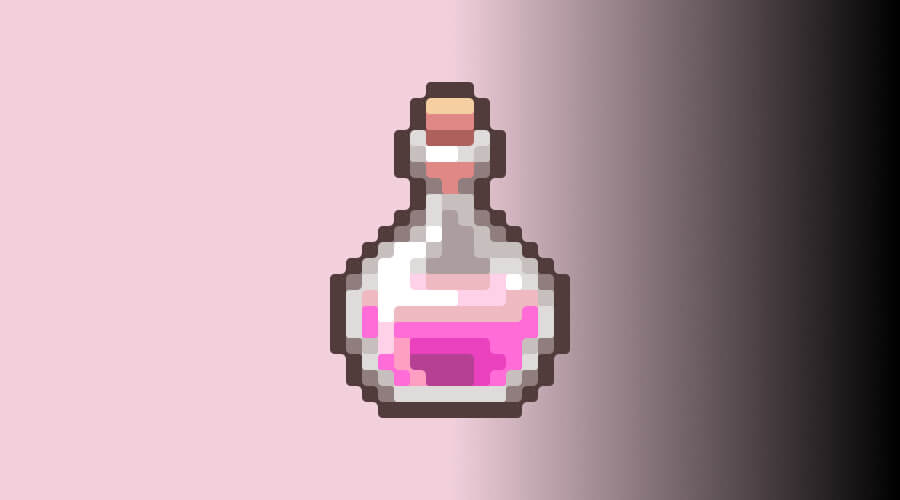 Three games have been released under the label of Great Potion Games: Game Master, Game Master Plus and LV99: Final Fortress. With perfect timing, RPG Maker MZ has been announced and will be released on 20 August 2020. So, what exactly is the future of my game-designing endeavours?

It has been a few weeks since the release of LV99: Final Fortress, the ‘JRPG that skips the boring stuff’. Even with all the preparations and the release itself out of the way, I am still quite busy with the project. There are Steam keys to be distributed, reviews to be analysed, forum posts to be written and many more things to do that, in sum, take a lot of time. Nonetheless, I have always been a very creative mind and, for better or worse, not the type of person to just sit still for a while. Half of my thoughts already revolve around a new project.

Every now and then, however, you should actually look back at the things that have been in order to decide on the right path forward. So, why don’t we seize the opportunity and start at the very beginning of my ‘gaming career’?

My experience with video games started when I was about six years old. One evening after dinner, my father showed me Super Mario Bros. on the Nintendo Entertainment System. I had never really seen the console before and I had no idea that video games even existed. For a few weeks or months, I enjoyed watching my father play all kinds of games (I remember A Boy and his Blob, Kid Icarus — where my mother took up the task of drawing the maps of the dungeons and navigating my father through them —, and Zelda II: The Adventure of Link which we borrowed from a friend of mine).

It was only later that I tried playing myself, but from that point on, the magic of video games had fully captured me. One Christmas, I wished for and received a Super Nintendo Entertainment System (fittingly, again, with Super Mario World). As many of you will know, there were a lot of excellent JRPGs released on that console, including my all-time favourite games Illusion of Gaia and Terranigma, and that genre became my favourite one immediately.

As a creative child with a passion for drawing, it was not very surprising that I would try to ‘design’ my own games on paper, mainly characters and enemies and items, but sometimes even complete ‘screenshots’ of the game. Being inspired by the guides that came with many games in general at that time (but most notably with JRPGs like Illusion of Gaia, Terranigma, Secret of Mana, Secret of Evermore and Lufia), I would also write walkthroughs for my own non-existing games. When asked what I wanted to become, I always said I wanted to work for Nintendo. I actually still do. (Mr Miyamoto, if you’re reading this, just send me an e-mail!)

Finding out many years later that there is a software that lets you create your own RPGs with relative ease blew my mind, of course. I remember spending my summer holidays learning how to use RPG Maker 2000 and working on my first (overly ambitious) project.

The History of Great Potion Games

Like many people in the RPG Maker community, I started project after project, none of which came close to even an MVP stage. The years passed. I used RPG Maker 2003, RPG Maker XP and RPG Maker VX, but never did I stick to a project long enough to actually create anything playable. I was full of ideas, but without grit.

Things changed in 2013 when I started working on Game Master with RPG Maker VX Ace. I am still not sure why, but somehow, I was able to find the discipline to release a game — and a 10-hour one at that (which was very polished as you can see when opening the project in RPG Maker VX Ace and looking at the resources and the code). Version 1.0.0 was released on 24 December 2014 on various indie-game platforms for free (here, for instance).

Playing a lot of Hearthstone and Diablo III: Reaper of Souls at the time (and writing my Master’s thesis about player motivation illustrated by these examples), I had the idea to release an expansion for Game Master. There was really no shortage of potentially interesting characters, skills, items, enemies and locations to add to the game.

In summer 2015, however, RPG Maker MV was announced. Since I am generally very interested in new software to play around with, I could not imagine seriously and joyfully working on Game Master 1.1 with an outdated instalment of RPG Maker. It may sound a bit silly — but I knew that is how my mind works. Thus, I decided to actually create an expanded (and streamlined) remake of Game Master with MV. Filled with enthusiasm, I started planning the game. When the software released, I had a 60-page game design document prepared. Once again, I followed a strict schedule and completed Game Master Plus in less than 5 months. It was only due to a series of unreliable and difficult-to-work-with JavaScript programmers I commissioned that it took until January 2019 for the game to be released on Steam. (My current programmer is a reliable and cool dude from ICF-Soft if you’re interested.)

After two extensive projects, I actually wanted to create a game of a more limited scope. Something short and simple and fun — as a player and as a designer. Something that focussed on what I enjoy the most as a developer: battle mechanics. But when I started working on LV99: Final Fortress, I soon realised that it would not be easy at all. With battles being the single most important element of the game, I had to get it exactly right.

I tried several concepts regarding characters, skills, equipment and enemies until I found one where the pieces finally fell into place. After one and a half years of development and testing (special thanks to my girlfriend’s sister who is a very capable player and has provided a lot of feedback and bug reports), I released LV99: Final Fortress on 8 July this year.

The timing for the RPG Maker MZ reveal was just perfect. Before I could even start thinking about a new project on MV, the announcement of its successor came as a surprise to most of the RPG Maker community — even though many must have had googled occasionally for any hints regarding a new instalment five years after the last release.

While I was not quite ‘wowed’, as the marketing meme for MZ goes, I am looking forward to the release. I am especially keen on working with the new battle system, which is essentially an ATB. I always found the agility stat very boring in RPG Maker, as it determined only the order of actions in a turn, but had no effect on action times or anything else (which is why in Game Master Plus, there is a combo mechanic which allows relatively fast characters to attack again with a chance determined by the AGI difference between themselves and the target). In MZ, states like Haste and Slow will actually be worth using, and I think it will be fun to play around with these mechanics.

So, what is the plan now, going forward? I have made up my mind about a few things, but a lot is still unknown even to myself. I am currently working on a (hopefully epic) story together with my girlfriend (who is a total book nerd and will probably be of tremendous help finding and filling any plot holes). The story, once outlined completely, will probably determine many other elements of the game — it is always cool when world building and game mechanics go hand in hand, right? —, so for the time being, writing the story actually constitutes a bottle neck for the design.

What I also know is that I will strive for even higher quality. I do have standards when it comes to my projects, but this time, I feel that I have to be extra careful planning and creating this fourth game. While Game Master, Game Master Plus and LV99: Final Fortress have been rather experimental — and were supposed to be —, this seems to be the time to put all the game design knowledge I have to a serious test. I kind of want to create a JRPG for the masses (which might be an oxymoron to some extent). While I have a rough idea about the structure of the creative process spanning 15 months, I am prepared to take an extra month or two — or maybe even more — if necessary to make the game absolutely perfect from title screen to credits.

According to my current plan, it will not be before December that I actually start working on my next game in terms of database, maps and events. I do want to be prepared as much as possible before that, though, and be absolutely certain about most game elements. There is a lot that can be done in advance. There will probably be another 60-page game design document. In addition to that, I would like to have all the graphics and dialogue scripts ready, so the actual game development — everything that is done in RPG Maker MZ — should go very smoothly.

Following the schedule, a release in early 2022 seems doable, but as I said, I do not want to hasten the process. It might take a full year longer — who knows?

If you would like to stay in the loop, just follow me on Facebook and Instagram. I will be posting updates on a regular basis (presumably once a week), including screenshots from the editor or the game itself. I would be happy to see you there!